In an ever more common situation that we experience at Davlen, this husband and wife team approached our company with the intention of remodeling a portion of their 8,600 square foot building. While the existing clinic, occupying about 35% of the entire building, was neat and clean with elaborate millwork and architectural details, no one disagreed that it was dated in appearance. They had hoped to retain the services of someone that could help them bring their workplace into a more modern, professional looking practice. Most most importantly, they wanted to be able to do so without having to close their doors for a few months during the remodel. 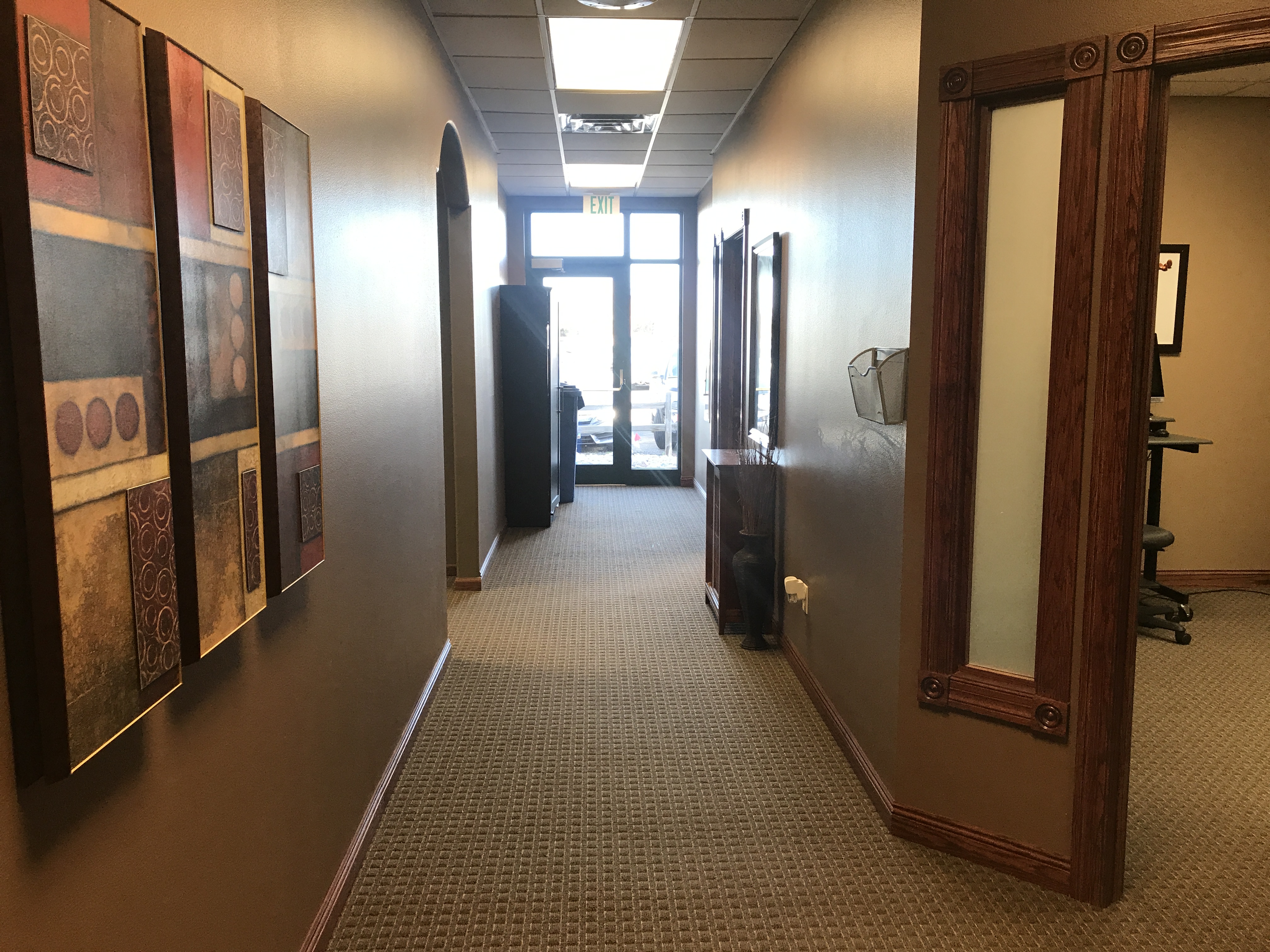 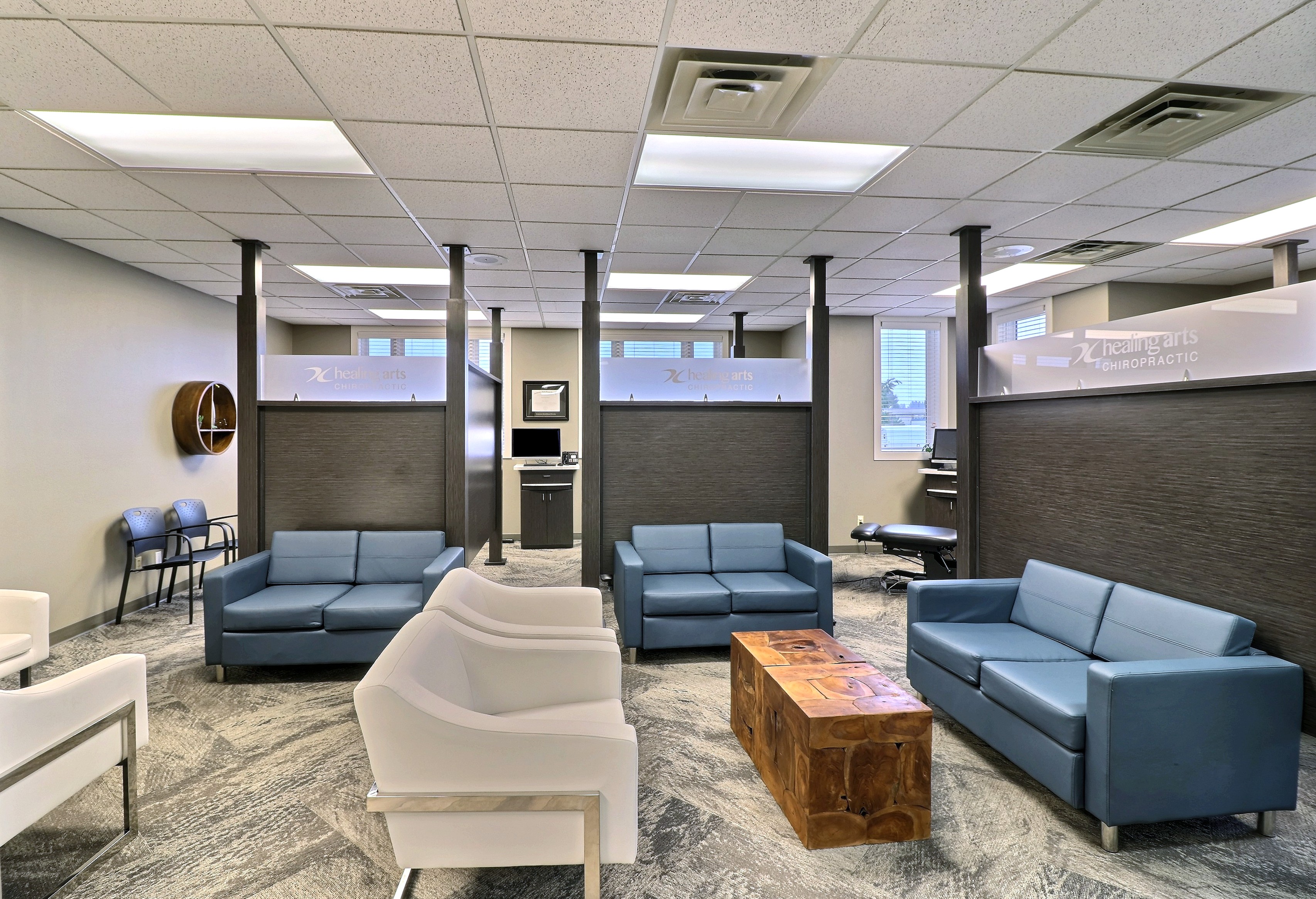 Many of their colleagues guided them to our website and during our initial consultation, they advised us that they wanted to add an additional doctor so they could serve more of their community. Dr P…….. assumed that in order to achieve their growth they would need to add about 300 - 400 more square feet to their already 2500+ square foot facility. As we reviewed their needs and compared solutions that we dedveloped for many of his colleagues, It became clear to everyone that increased volume and services could be attained through the Improved systemization and organization instead of increasing their square footage. The teachings of their management company gave them the knowledge of how to grow their volume by increasing their retention. They coupled that with strategies that they learned as to how to attract, convert and enlighten people in their community to the health and wellness benefits that Chiropractic care can bring to them. Davlens Design elements streamlined patient flow and increased their patients ability to retain the knowledge that the doctors were taught. 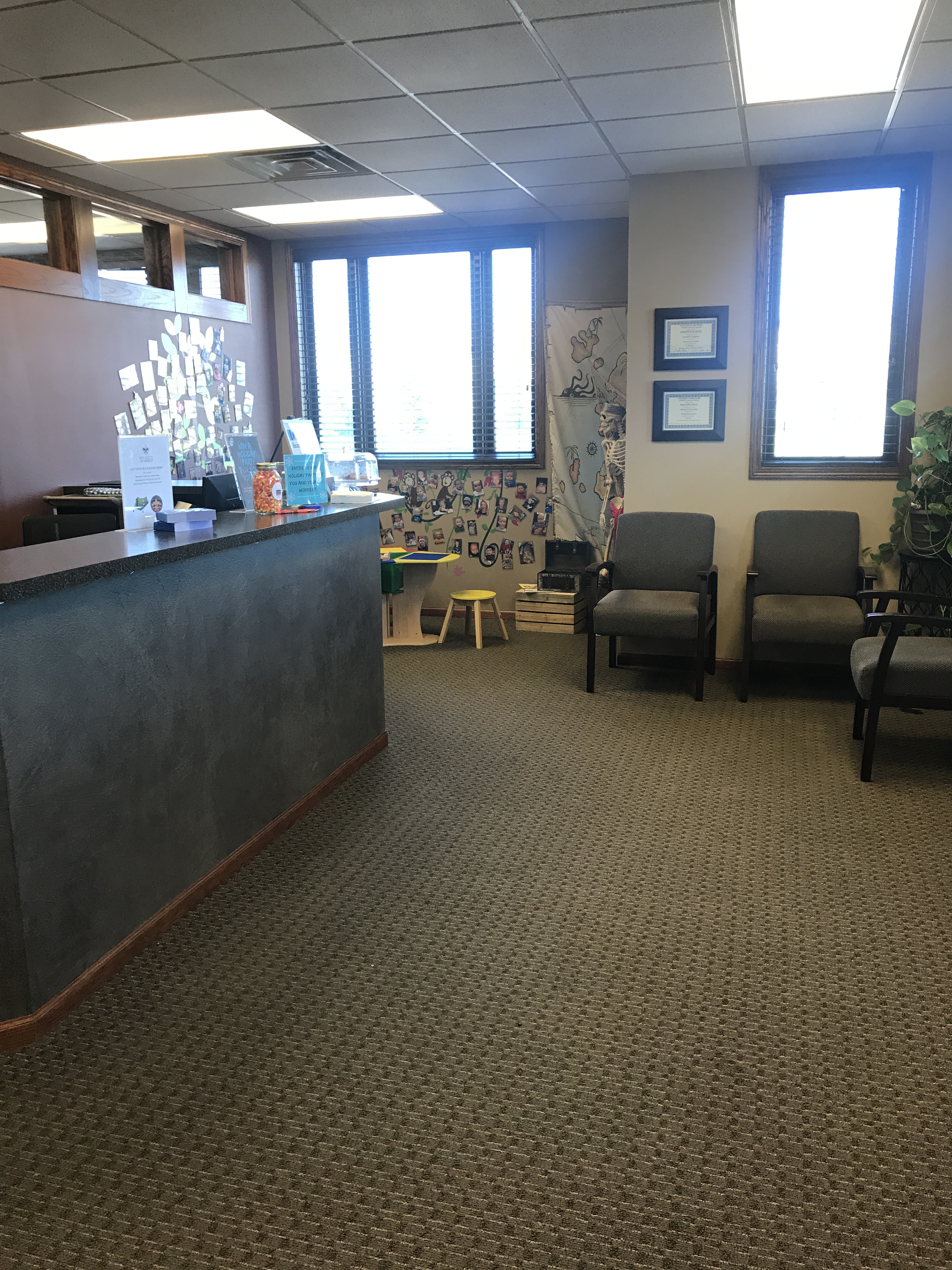 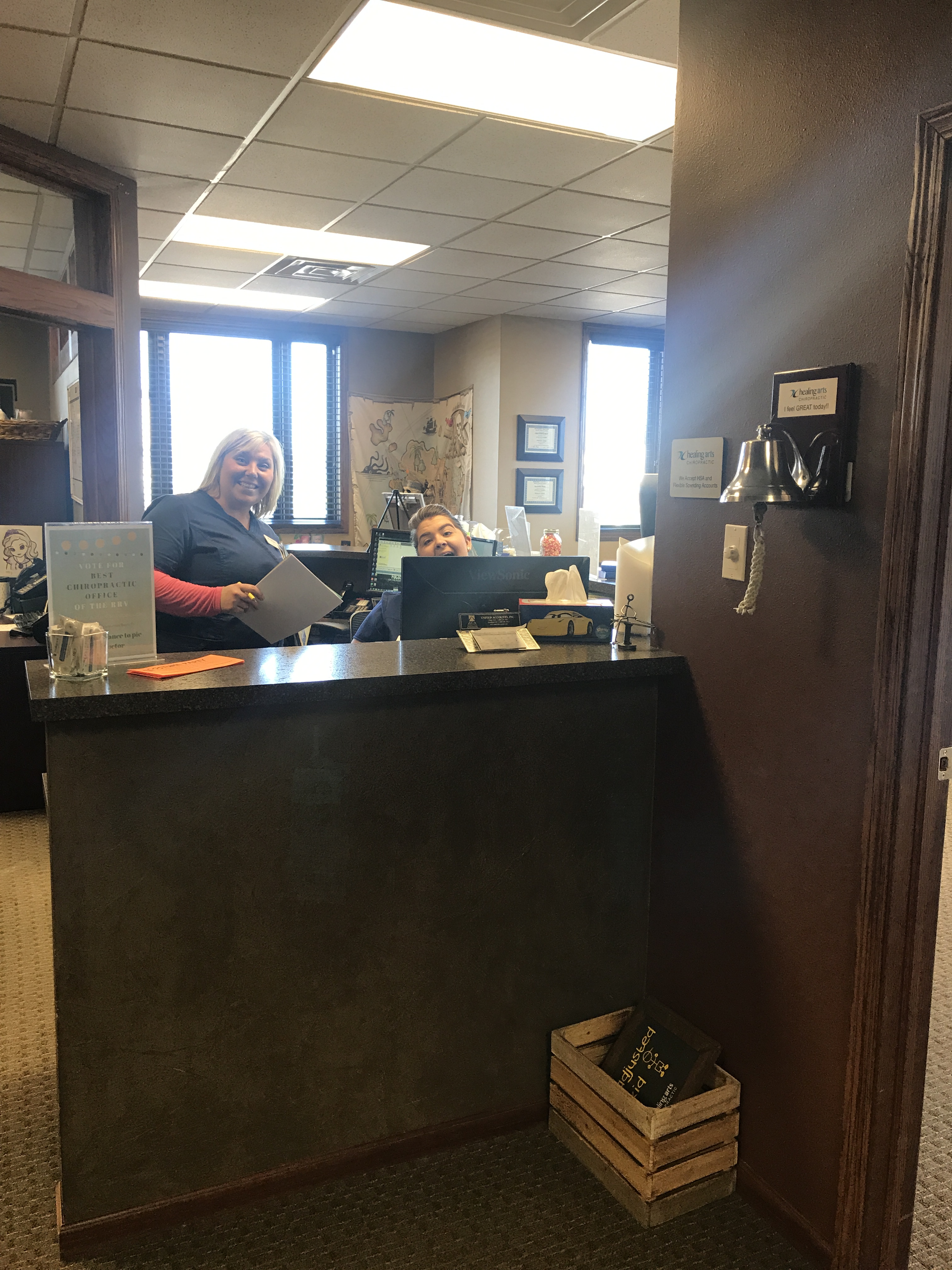 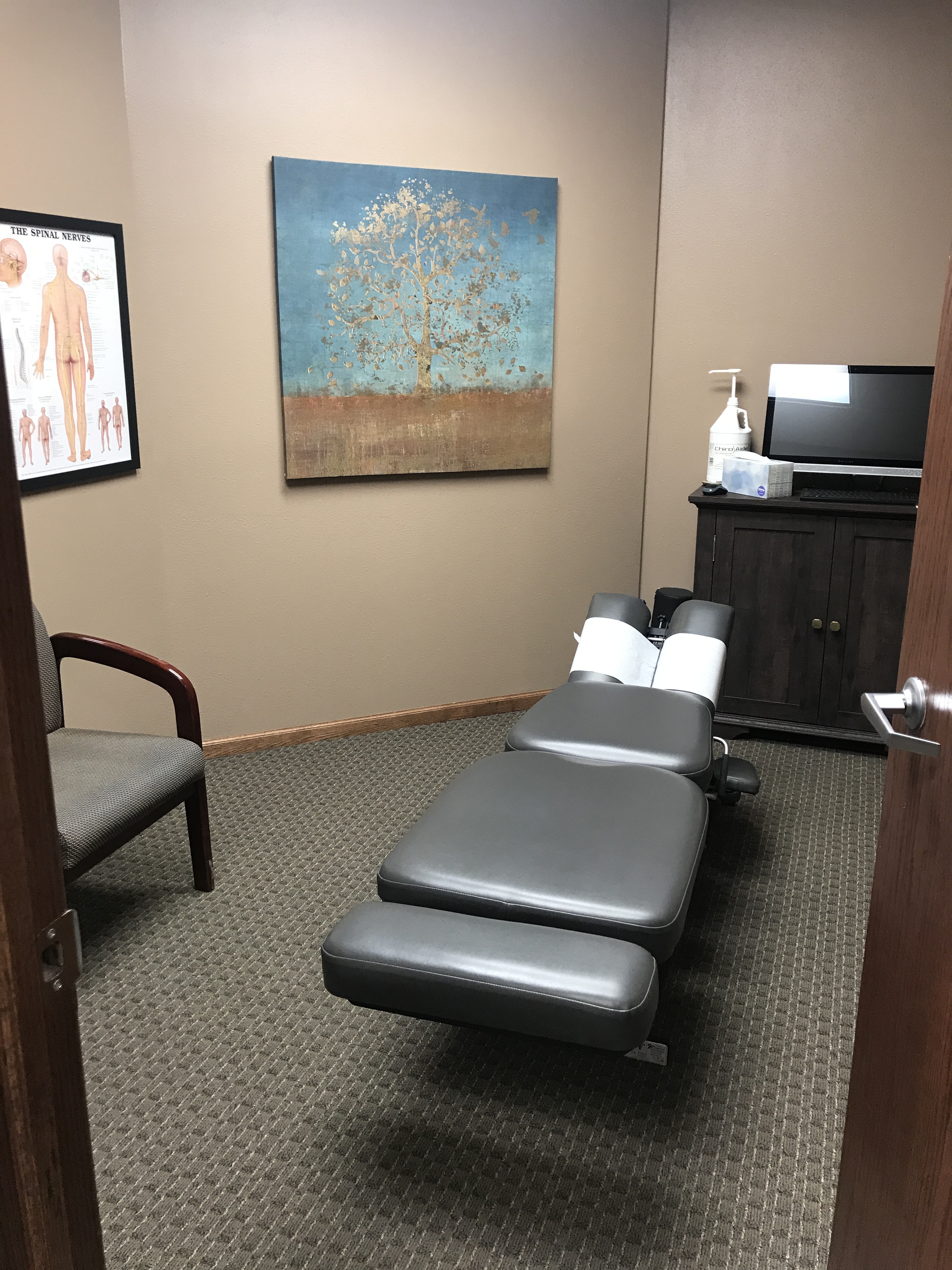 Having Davlen's “Insider knowledge” to tried and proven concepts allowed Dr P and their team avoid having to reinvent the wheel. The design team at Davlen carefujlly analized the specifics and quickly suggested that there was probably no reason to expand into the adjoining space, and therefore, not lose that revenue stream. The new results were achieved mainly through demolition and redecoration. The modular approach that Davlen products provided allowed the construction process to have minimal impact to patient treatment hours during the remodeling process. THey have recently passed their expectations for increased growth and services. 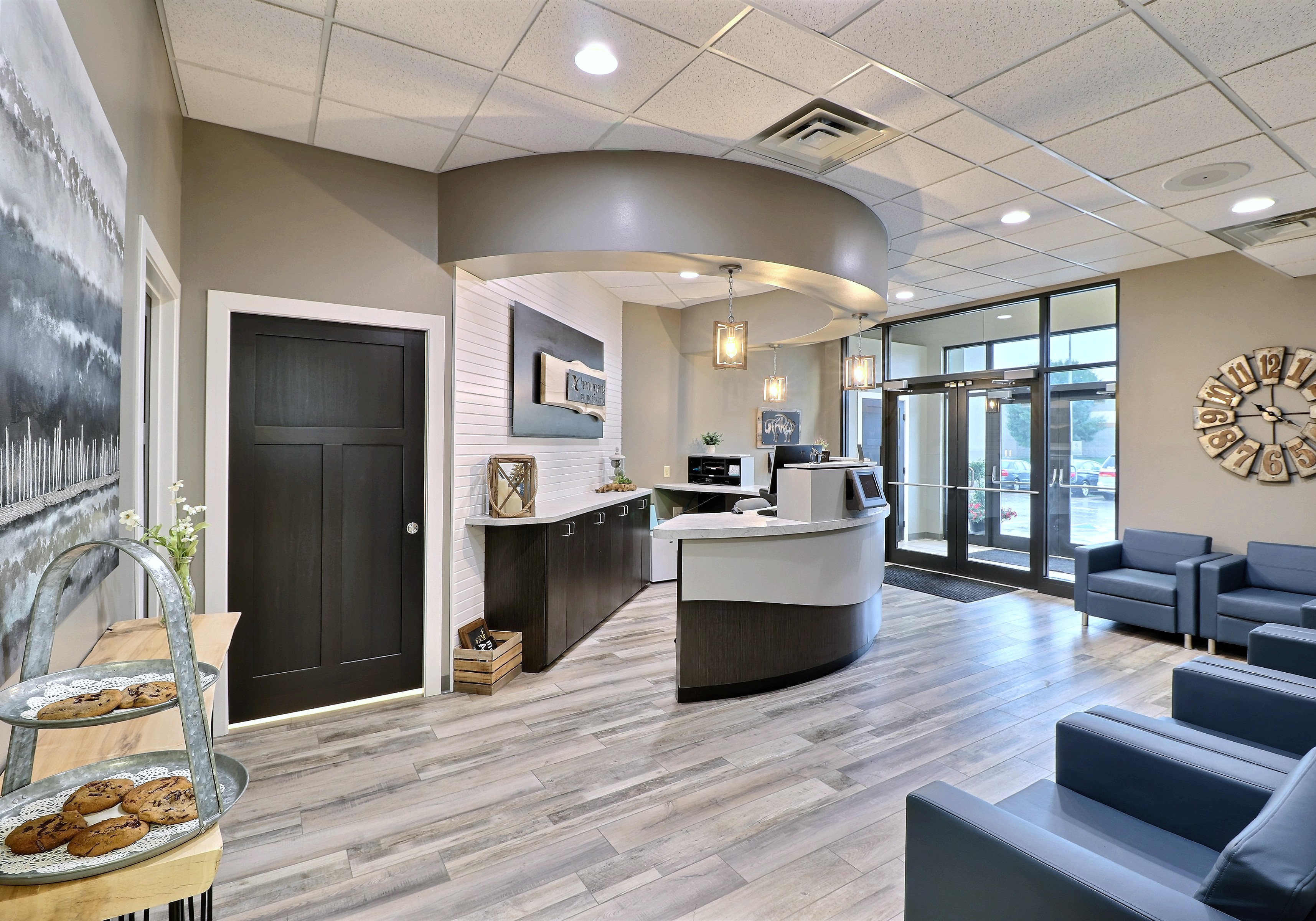 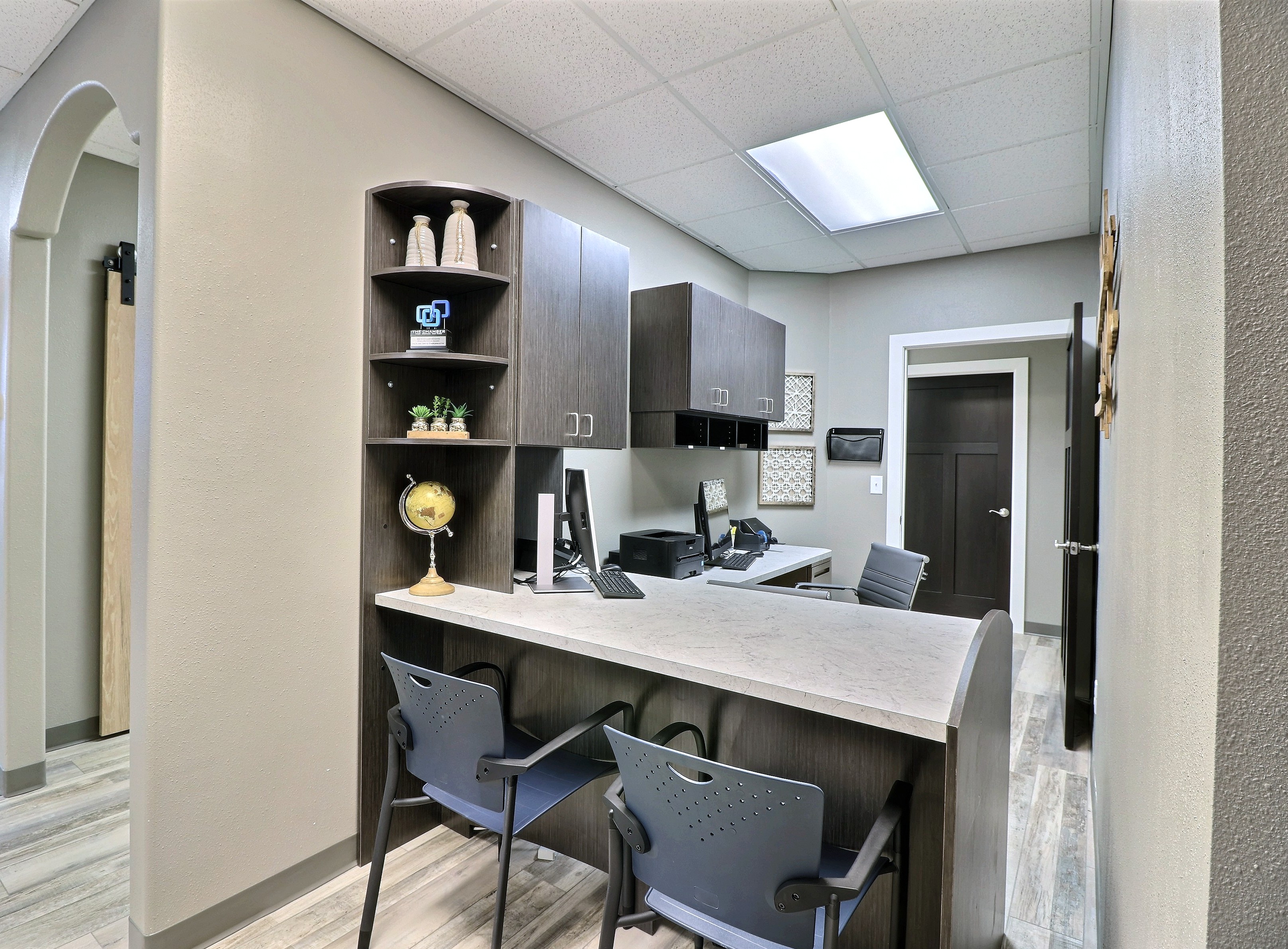 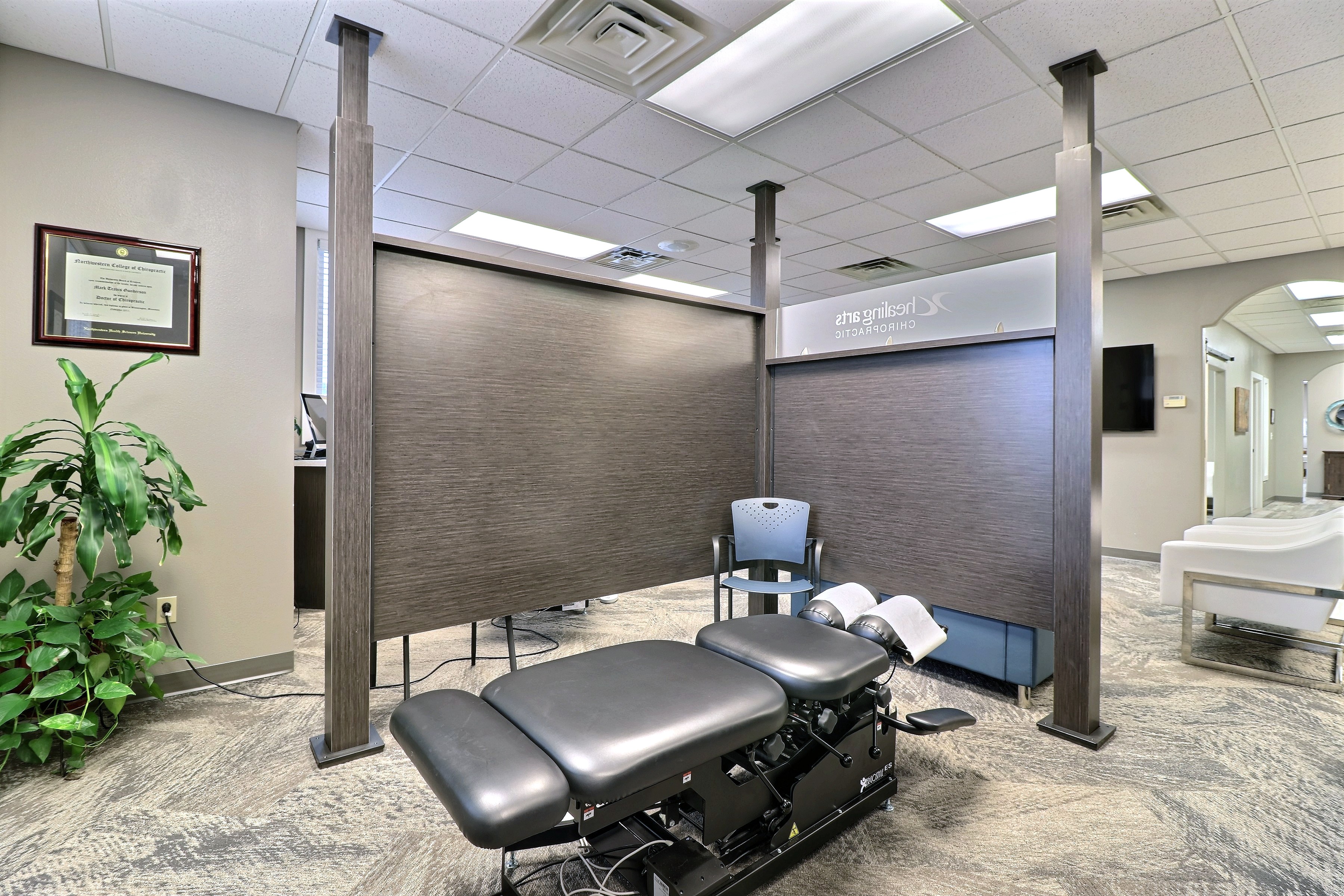 The results were clear. Upon first impression, the office is now neat, clean and up to date. The efficiency that Davlen work stations provide simplifies the staffs daily activities, allowing them to serve more in less time and in less space. The resulting designs improved patient flow and patient management, while minimizing elements found in most pre Davlen offices that inherently waste doctors time. The future is bright for these doctors as the resulting remodeled clinic has far more potential capacity and services than originally requested. The greatly reduced overhead and staff efficiency is only a fringe benefit. Patients confidence is palpable as the team now greets everyone with a smile, as theyu work clutter and disorganization free. Patients now feel confident that they have come to the right place.

Proper Chiropractic office design revolves around
the unique needs of the Chiropractic Profession.
Connect with us today for your initial consultation
& become a member of our family

Thank you! Your submission has been received!
Oops! Something went wrong while submitting the form.